Witcher Wiki
Register
Don't have an account?
Sign In
in: Μαγεία, Τοποθεσίες στο The Witcher, The Witcher (παιχνίδι για υπολογιστή),
and 4 more
Ελληνικά 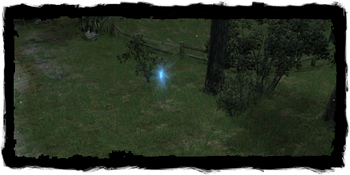 In the game, Places of Power are (nearly) invisible spots where magic is concentrated. They are not Circles of Elements. Unlike those, Places of Power are practically invisible until Γκέραλτ approaches them. There is an audible roaring sound when he gets close enough to them which is also a clue to finding them. And finally, if the witcher medallion is set to detect magic, it will vibrate near the Places of Power.

These places of power are indicated on maps with a blue dot.

In these spots, depending on how talents have been allocated, Γκέραλτ can perform different rituals:

Γκέραλτ can perform the Ritual of Magic by default. The other two rituals require higher level Νοημοσύνη upgrades before they can be performed.

There are Places of power in all locations of the game, except Kaer Morhen keep, in the Πρόλογος‎.

Στο παιχνίδι για υπολογιστή The Witcher 2: Assassins of Kings, there are Circles of Power, which have similar effects.

Places of power look like large stones with a hollowed out section in which an ethereal version of the various witcher signs hover. Geralt must complete a sustained interaction with each stone to earn a point which can then be applied via the Character panel to progress his character abilities. These points can be allocated towards any ability, they are not restricted to the sign governed by the stone.

There are 9 Places of power:

There is 1 Place of power in the city proper:

There is 1 other Place of power in the Novigrad region: