A Μάγιστρος wields two swords - but only one at a time, so other hand is free to cast Signs. Generally speaking, the silver blade is more effective against anything supernatural (werewolves, genies, vampires, ghosts, etc.) and the steel blade is more useful against mutants, humanoids and ordinary beasts.

Lambert can give Γκέραλτ a detailed description of each style during the Πρόλογος; this conversation is the source of the quotes below. 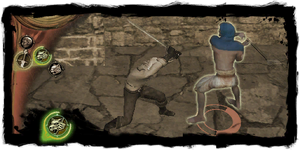 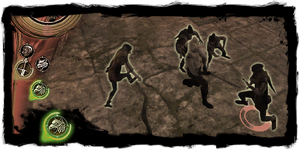