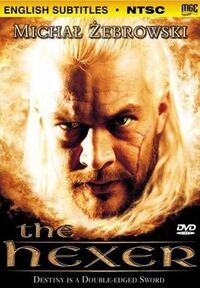 Cover of the English-language DVD 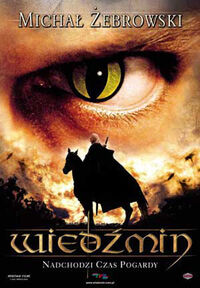 The Hexer (Polish: Wiedźmin) is the international title of both a ταινία (2001) and a τηλεοπτική σειρά (2002) based on the Μάγιστρος short stories by Andrzej Sapkowski, although it is more commonly referred to as The Witcher by fans since the release of The Witcher παιχνίδι για υπολογιστή. Both the ταινία and the τηλεοπτική σειρά were directed by Marek Brodzki, written by Michał Szczerbic, and produced by Lew Rywin. The role of Γκέραλτ was played by Michał Żebrowski, and the music was composed by Grzegorz Ciechowski.

Consisting of 13 episodes, the τηλεοπτική σειρά came out one year after the ταινία. It was much more coherent than the confusing ταινία, but was still considered a failure mostly due to the film's already bad reputation and due to vast changes to the source material.

The Hexer theatrical ταινία is a compilation of material from various episodes.

The makers of the τηλεοπτική σειρά and ταινία made many changes to the plot of the Witcher short stories, the major ones being:

The series has been unofficially released with English subtitles on the Internet.