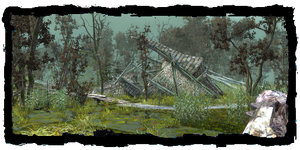 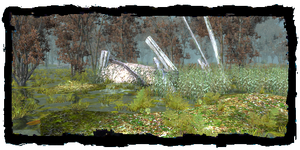 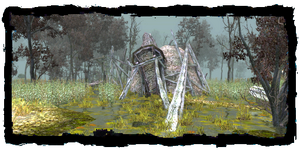 There are actually two collapsed towers to the north, in the Βάλτο. One is just north of the Mage's tower and the other, west of the tower closer to Νησί του Γουίβερν. Both are previous incarnations of the current Mage's tower which were struck down by the Gods: the first by a terrible storm and the second by an earthquake. The third tower, the Mage's tower, remains intact but impenetrable, to this day.