Crypt in the fields 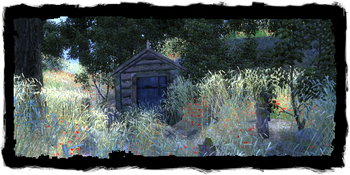 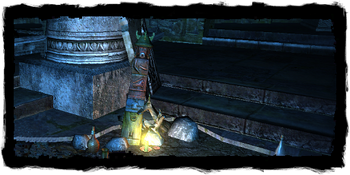 Long since abandoned by humans, the crypt in the fields outside Θολά Νερά has become home to a multitude of malignant forces. There are vampires, even garkains; there are necrophages, and their king, Ureus, the ancient cemetaur who has gone unchallenged... Not to mention alps, alghouls, ghouls, and a colony of 'bad' griggs.

Among the many chambers filled with sarcophagi, trunks and exposed corpses, there is also a Κύκλος των Στοιχείων, the Circle of the Barren Lands and a chapel where the colony of griggs worships.