Landing at the lakeside 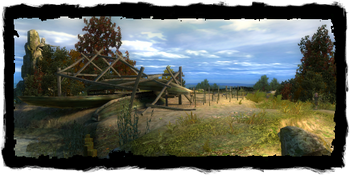 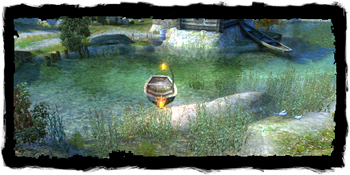 The landing at the Παραλίμνιο is particularly aptly named as it is literally where Γκέραλτ lands when he falls out of a portal in the sky, arriving in the sleepy enclave. Triss Merigold teleports him there, snatching him from the jaws of death — well perhaps arbalesters of death would be more accurate — at the end of Chapter III and he is seen "dropping in" by the Resolute girl who is watching the Underwater City appear that same evening.

Nearby stand the Fisher King's hut and the altar to the Lady of the Lake. It is also here that the witcher meets White Rayla at the end of Chapter IV.