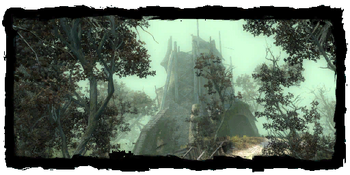 Γκέραλτ has one of his "show-downs" with both Azar Javed and the Professor just outside the door to the tower. Luckily he is able to enter before the fight which gives the witcher the opportunity to prepare.