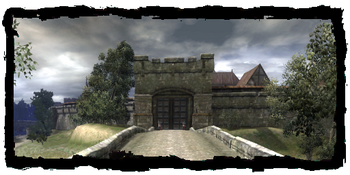 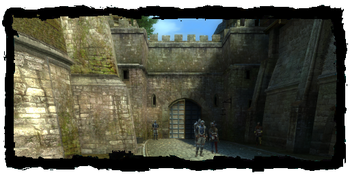 The Merchants' Gate, the eastern gate of Βίζιμα, is where Γκέραλτ first encounters Mikul, one of the Outskirts' most prominent citizens, at least according to the Αιδεσιμότατου. The Merchants' Bridge leading up to it is also the scene of a Salamandra ambush involving Καλκσταιν.

These gates remained locked for the duration of the game. Although Γκέραλτ does see both sides of them, he never actually passes through them.