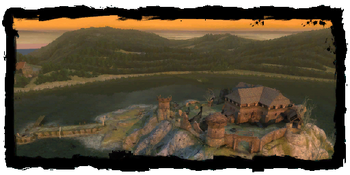 The old manor was built long ago on a small island off the swamp cemetery and served as the seat of Temeria's rulers until Princess Adda, the daughter of King Foltest and his sister, died at birth to only to return as a bloodthirsty striga. The king did not want to kill his own offspring, so he and his court moved to the newly built castle at the other end of town. The princess was later freed from the curse, but the manor remained vacant and deteriorated over time. Everything seems to indicate that this long forgotten place has become a hideout and base of operations for the Salamandra.

These days the whole island is known as the "old manor", not just the manor itself. 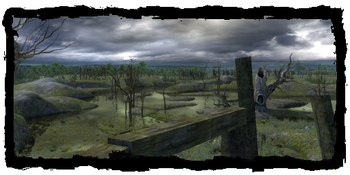