Witcher Wiki
Register
Don't have an account?
Sign In
in: Τοποθεσίες στο The Witcher, The Witcher Κεφάλαιο III
Ελληνικά 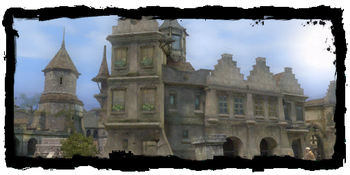 Triss' house is in the affluent Trade Quarter. When she is in Βίζιμα, she uses and elegantly appointed home on John Natalis Square. Her home also doubles as her workplace which is witnessed by the interesting devices and numerous books found there. Notably, there is a magic mirror which functions as both a teleporter and a telecommunicator in Triss' bedroom on the upper floor.

Triss lives in a corner building on a small square where a statue plinth stands, bereft of its monument. The statue itself, which bore the likeness of an elven philosopher, was recently melted down to make a new bell for the Cloister of the Order of the Flaming Rose. The sorceress has decorated her home very luxuriously, if not extravagantly. There are many expensive devices here, as well as magical components and equipment.