With the city under quarantine, and the swamp cemetery all but forgotten, the cemetery inside Βίζιμα's walls is where the dead are buried, unless the plague takes them and they are burned outside Νοσοκομείο της Αγ. Λεμπιόντα. The Gravedigger holds the key, and as of late, he has locked the gates to the necropolis, for the dead refuse to rest, and necrophages haunt the paths. 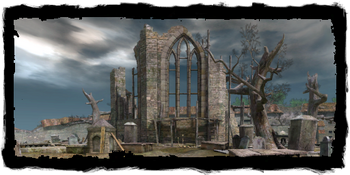 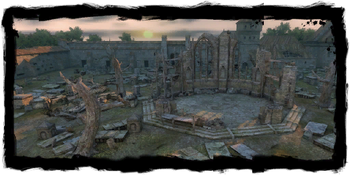 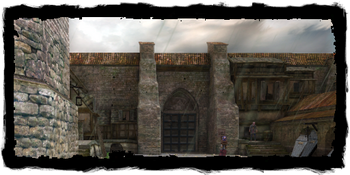 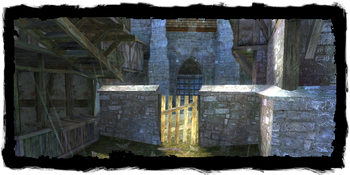 Within the walls of Vizima there is a cemetery. It is currently closed due to a ghoul plague.

There is a crypt in the cemetery, as well as a small, hexagonal ruin that appears to have once been a temple or chapel. The gravestones look neglected, and there are signs of the undead everywhere. It seems the necropolis has not been used in a while.

In "Παρενέργειες", there is no cemetery crypt in the cemetery.