Arenaria is a relatively rare plant in the main game campaign, outside of White Orchard but much more prevalent in the "Hearts of Stone" expansion. It is used to craft the following items:

Some of the locations where arenaria can be found: 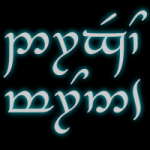