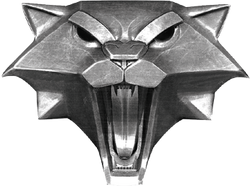 The School of the Cat is one of the three schools of witchers mentioned in the Witcher books and media. They originally based themself out of the Stygga Citadel, but due to mysterious reasons by the time of Gezras turned into a mobile caravan called Dyn Marv 'Dead Man'.

The Cats (or Felines) were witchers who developed fighting styles focusing on speed, precision, and agility. As a result, witchers using them do not deal a lot of raw damage, but can inflict deadly critical hits. By extension, their gear was designed to maximize flexibility and provide the greatest possible range of motion.

Unfortunately, members of the school proved as flexible in terms of morals and politics as their armor. Over time, they became pariahs even among other witchers, due to their proclivity for assassinations, murder, and other activities not part of the witcher curriculum. One of the possible reasons for that was the mutation process, which tended to create an abnormal number of psychotic witchers. Regardless of the reasons, they are known to have betrayed the Wolf School which led to the massacre during the tournament.

Geralt encountered Brehen, a witcher of the school, while Bonhart slew another. The fallen witcher's medallion was claimed by Ciri at Stygga.

Curiously, it appears the Cats were the only school to accept women as witcher candidates.

In The Witcher 3: Wild Hunt, there is also a set of Cat School gear which can be crafted.

Students of the Cat School[] 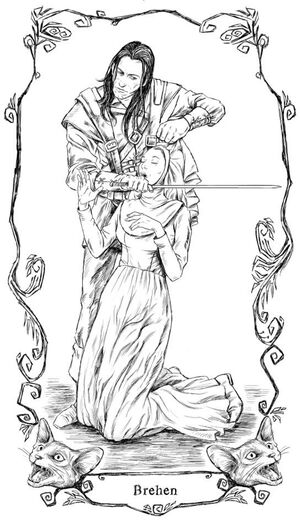 In the The Witcher 3: Wild Hunt: