Her Highness the Striga

Her Highness the Striga is a quest in Chapter V given to Geralt by Foltest himself. 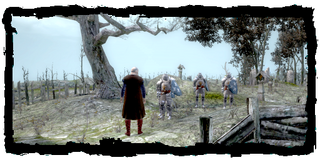 This quest is initiated when the King asks the witcher personally to deal with the matter of his daughter's curse. The regent even goes so far as to tell Geralt that he may kill Adda if there seems to be no way to lift the curse. Our hero had better make no mistake though, if Foltest finds out that the Princess suffered in any way, he will exact the same on the witcher's friends.

Armed with this knowledge, Geralt sets off for the Swamp Cemetery and the Striga's crypt. Just outside the crypt, he meets Velerad who seems anxious to speak with him. There are also several city guardsmen just hanging around, or so it would seem. The burgomeister tells Geralt that the King has sent word that the Princess's sarcophagus, conveniently located inside her crypt, should be searched for evidence. Velerad then asks the witcher to follow him into the crypt.

Geralt complies, but as soon as he is inside the crypt, he hears the gate being locked behind him. Velerad has trapped him inside with no means of escape. The burgomeister assures the witcher that he will be released after the "beastie" is dealt with. Charming! Having no other options, our hero sets about getting ready for battle. Cat potion? Check! It is dark as pitch in the crypt.

The witcher makes his way toward the chamber where Adda's sarcophagus is located. Just outside, he finds a campfire and takes the opportunity to meditate and prepare, waiting until the evening. The striga is reported to appear only after dark. Around 21h00 he enters her chamber.

On cue, the striga appears and it appears that the beneficial effects of any previous snacks have worn off completely. She is hungry and witcher meat is as good as any. 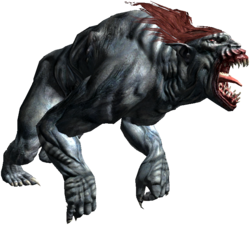 Geralt searches the sarcophagus. There he finds Ostrit's diary and a few more pieces of the puzzle fall into place. It seems that someone has been using the information in this diary to re-cast the curse on the princess. The same curse that Geralt had lifted many years earlier. He searches the rest of the crypt, making sure he has not missed any useful items and then makes his way toward the exit. The gate is unlocked as in either case, had he lifted the curse or killed the striga, there would be no fear of the striga appearing in daylight.

Once outside, Velerad greets the witcher and seems genuinely happy that he has survived.

Velerad then gives our hero a message from the king: go to the Old Manor, if you want to cure the disease. That disease being Salamandra, of course. So it is off to the Old Manor and hopefully, finally, some answers. Geralt makes his way south through the swamp cemetery towards to the road to the Old Manor. He has barely left the cemetery behind when whom should he meet but Count Roderick de Wett and a few knights of the Order.

The two exchange a few (not so) pleasantries when the subject turns to the striga. De Wett seems overly anxious to know if the striga has been killed. Geralt is circumspect and says only that the problem has been dealt with and that an interesting and informative diary was recovered in the process. This is where the count makes his first big mistake. He sloppily refers to the diary as "Ostrit's diary". Knowing full well that he never mentioned Ostrit, the witcher realizes that Roderick knows far too much not to have been involved.

Geralt confronts the count, demanding an explanation. De Wett seems only too happy to explain himself and reveals that he is actually working with Salamandra, for now. It is his ultimate plan to outsmart them and he invites the witcher to join him. Geralt is quite rightly appalled at the idea and the two duel. It is not really a fair fight as there are only four of them against a witcher.

With the count dead, the path to the Old Manor is clear, so our hero forges onward, after making sure to search the fresh bodies for information. He fights his way through drowners and drowned dead, bloedzuigers, Dagon worshippers and priests, and every conceivable variety of mutant until he reaches the Old Manor.

Fate smiles on him as he is joined by an ally who helps him enter the catacombs beneath the manor by fending off the remaining mutants at the entrance. Inside, the path is not easy however, but the witcher perseveres and keeps steadily approaching his goal: Javed's laboratory. He finds the lab, but not before battling many more mutants, armoured hounds, a koshchey and a pair of greater brothers. Javed is dispatched and the Grand Master is uncovered as the true mastermind behind the nefarious Salamandra organization.

Our hero then meets up once again with his trusty ally and heads back to Vizima by means of a boat secured by the latter. Once in Vizima, the burning remains of the Temple Quarter to be exact, Geralt informs the king of the Princess's fate.

The Story of the Striga[]

The Fruit of Incest[]

Triss believes someone from Adda's entourage caused her [to] turn once again into a striga. It's possible that someone "helped" Adda turn into a striga.

An Agreement with the King[]

Foltest was quite clear. If I botch thing with the striga and she suffers, my friends will suffer too. If, on the other hand, I manage to lift the curse, I can expect a reward. If Adda dies, quickly and painlessly [sic], I'll neither gain nor lose anything. I'm to speak with the chamberlain to return to Old Vizima. If I want to return to Old Vizima, I should speak with the chamberlain.

Striga in the City[]

Kalkstein claims the monster I killed was no striga, but a mutant. He did hear rumors of a striga tearing someone to bits near the old chapel in the swamp. I must find a way to get there... But first I should make sure my friends are all right. I should see my friends and consider what to do next. (

A Father in Despair[]

I met a strange man in the swamp. In spite of fearing monsters, he waits day and night for his son to return. He claims the striga emerges nightly from the crypt beneath the church. I must go there after dusk and face her. I can also try and lift the curse that holds her. To do that, I must remain near her sarcophagus till daybreak, somehow survive the night. I must go to the crypt after dusk and face the striga.

Tracks or The Curse is Broken[]

I found the journal of Ostrit, who first cursed Adda years ago. The journal details many spells and proves almost conclusively that someone intentionally re-cast the curse, turning Adda into a striga once more. I have proof. Now to get out of this damned crypt...