Landing at the old manor

In the Parowski-Polch comic series the landing is the place where Temerian soldiers keep watch on the manor to prevent any actions which could harm Foltest's cursed daughter. 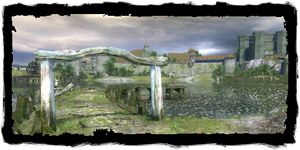 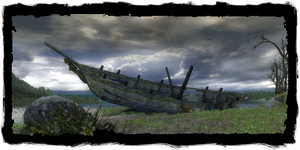 The boat landing lies to the north of the old manor. It is the last part of the island that Geralt sees. It is where he meets his ally, either Yaevinn, Siegfried or Triss, to take a boat back to Vizima to report the results of the Salamandra mission to the king. A little exploring reveals a campfire and wrecked vessel which is beached not far away. There is a place of power near the wreck.

Other than the lovely views of most of Vizima and environs, there is really nothing more of interest here.