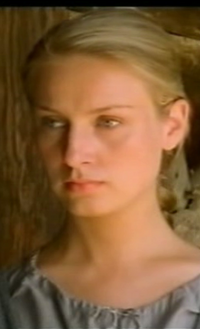 Lille is a young girl of the Lower Posada in Dol Blathanna. She doesn't speak a word to anyone but the old woman of the village.
She's the avatar of Dana Méadbh, and she's regarded as the Wise One and a prophetess by the villagers.

Expansion required
This article is too short to provide more than rudimentary information about the subject. You can help Witcher Wiki by expanding it.
Deutsch Italiano Polski
Community content is available under CC BY-SA 3.0 unless otherwise noted.