Witcher Wiki
Register
Don't have an account?
Sign In
in: The Witcher locations, The Witcher Chapter III
English

The Marketplace of the Trade Quarter is a lively place during the day: customers mill about and the buskers and bards play their instruments among the merchants' parcels, packages, stalls and enormous heaps of salt glittering in the sunlight. There are two main sections: Salt Square and Tanners Square.

Due to the state of martial law, though the normal, law abiding human traffic quiets down when the night falls, the apparent curfew does nothing to stop the kikimores and Salamandra. 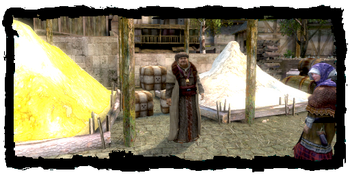 "A wink, was that? Plow secrecy, all know I sell information. What'll it be?" That will be 25

"My friend Julian wishes to enter the antiques business. I wonder where he finds such goods." 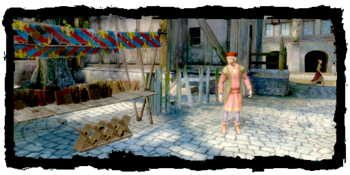 When it rains, he can be found huddled usually with a few other merchants just behind his stall, facing the blacksmith's area. He keeps regular hours. 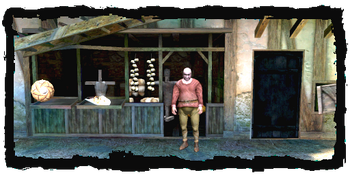 He is one of the people who sells the excellent leather jacket. He also shares his inventory with the armorer in the square outside The New Narakort. 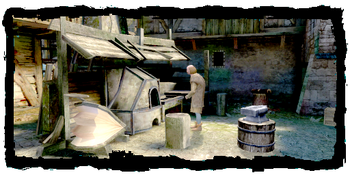 It seems that Count de Wett demands bejewelled hilts or pommels for his weaponry, and gems are apparently not taxed.

The Alley along the Walls[] 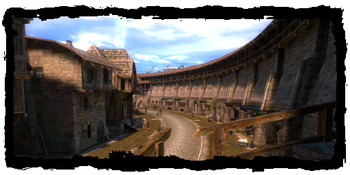 There are other merchants about the quarter as well. On the south-eastern 'ring road' (technically called the Alley along the Walls), you will find: