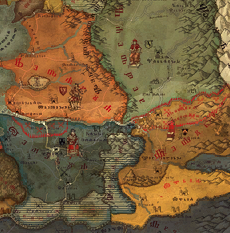 The Pontar valley surrounds the river Pontar that cuts a swathe through the Continent, covering the territories of northern Aedirn, southern Kaedwen, southeastern Redania and northeastern Temeria. To the east, it envelopes the Upper Aedirnian region of Lormark (North March).

The valley is the bread basket of the Northern Kingdoms, an agricultural superzone, producing most of the food, wine and other foodstuffs that the surrounding peoples consume. It is also in a strategic location between the borders of the four major realms. As a consequence, the mutual pursuits of resource access and strategic territorial gains often produce conflict, resulting in constant invasions. Many refugees from Aedirn fled through the valley towards Temeria and Redania during the wars with Nilfgaard.

Recently, it has become a for war between Kaedwen and Aedirn once again, as it has in recent memory been shifting hands. In the books and games, the Pontar Valley belongs to Aedirn, but this was seized from Kaedwen 300 years ago. This is under dispute in The Witcher 2: Assassins of Kings where King Henselt marched unsuccessfully against Aedirn three years ago (in the video game continuity) and is back again, this time against Saskia and her voluntary militia. 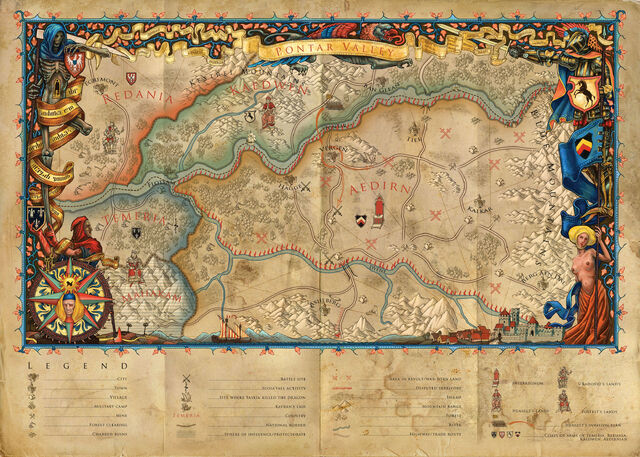