The Rosemary and Thyme is a tavern situated in Novigrad, run by Dandelion and Zoltan Chivay, in The Witcher 3: Wild Hunt. Geralt can ask the bard how he came in possession of this establishment and Dandelion will reveal, that he inherited it from Alonso Wiley - the father of Cyprian Wiley aka Whoreson Junior. While Alonso ruled his underworld realm with a strong hand, he obviously had a romantic side and was open for culture and art.

After Dandelion was saved by the Witcher, he renamed the establishment to "Chameleon" and transformed the venue into a cabaret. 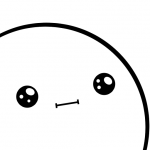