Subterranean Life is a quest in Chapter II of The Witcher 2: Assassins of Kings. It is done more or less concurrently with Hey, Work's on in the Mines!

In order to help Philippa concoct a cure for the poison ingested by Saskia, the witcher must collect ingredients, one of which is the fabled dwarven immortelle which grows only underground.

To enter the abandoned mine in Vergen, Geralt first has to get permission from Cecil Burdon. Once in the mine, he must contend with nekkers and rotfiends. Finally, the witcher finds the elusive flowers. 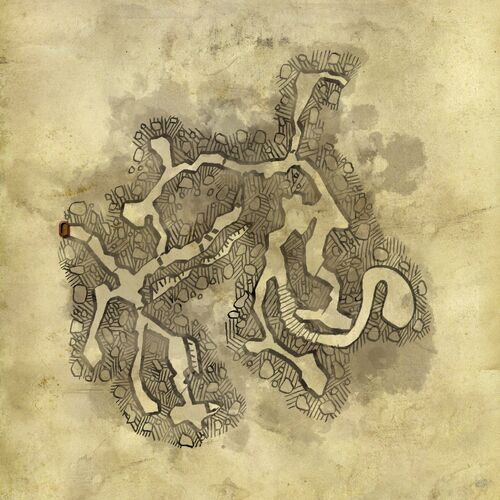 To call Philippa Eilhart a healer is like calling a drowner an advertiser of swimming. Nonetheless Philippa was a sorceress, a powerful one at that. Though healing was not her specialty, she could help the poisoned Saskia. To create a cure, she needed special ingredients, a dwarven immortelle among them. Geralt started the search with asking one of his dwarven friends staying in Vergen. Zoltan, for he was said friend, tarried in the local inn.

Because a dwarven immortelle only grows underground, Geralt had no choice but to enter the mines. He needed the consent of Cecil Burdon, the Vergen elder, first.

One can find more than rare herbs in abandoned mines. Monstrosities - both those rare and common - too. Rotfiends are among the most common monsters, but cannot disregard them. Geralt remained as vigilant as ever. He had to go deeper to find the immortelle, and there were more rotfiends down there.

In the darkest depths of the mine, where bats stumble over moles, Geralt finally found the herb. He headed for the surface, content that he could now focus on searching for the remaining ingredients.