Back to page
Add topic

The name is taken from the gameplay videos, probably there will be more one-handed crossbows. Still in the videos nothing is said about their kind and properties, and nothing about "Gabriel" or what category the Feline belongs to in TW3. And that's why Gabriel is only named in the common crossbow article. Imho we just can add more details when there comes more gameplay, at the latest when the game is published, of course. »»Dove«« (talk) 13:36, 1 February 2015 (UTC)

Yes, of course! Thx, Gilrond :) And I found a source where Gabriel is named: it's the gameplay trailer with Johnny, the godling. But I'm still looking for a source for Feline, maybe its name is just a missunderstatement. I'll proof it once again; if someone is faster, please add it here or directly in the article. »»Dove«« (talk) 09:34, 4 February 2015 (UTC)

Sorry, I didn't realize you weren't sure where the name comes from! It's actually visible here: 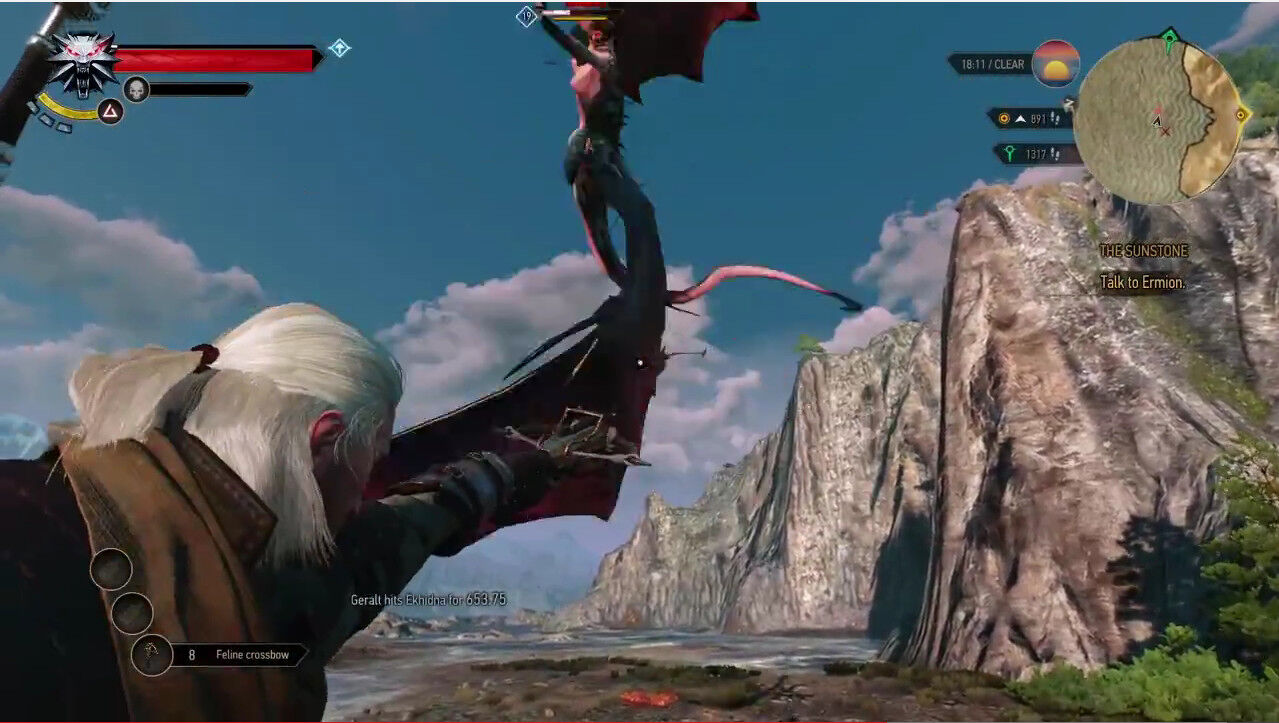 Don't worry, everything is fine. Yes, I was not sure about the source. And I didn't checked your Ekhidna image... :D
I'm sure the localization of the game is finished, so there rather shouldn't come serious changes in the names anymore. That's why I think we can add the informations from the last gameplay video, make a note about the source, and mark them as "stub".»»Dove«« (talk) 08:37, 6 February 2015 (UTC)

Erm, this is a bit weird... "witcher gear" in TW3 are not only armors, but also swords and crossbow. Maybe it should redirect not to The Witcher 3 armor, but The Witcher 3 witcher gear category? SMiki5five (talk) 21:03, 9 July 2015 (UTC)