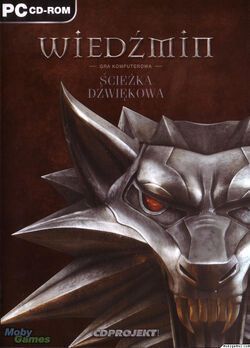 The soundtrack for The Witcher computer game was composed by Adam Skorupa and Paweł Błaszczak. In some editions of the game (see list of editions) the soundtrack CD is included with the game. It consists of 29 tracks with the total running time of 73 minutes 13 seconds.

A separate CD, Inspired by The Witcher is sold separately and available with some international editions of the game.

Both soundtracks are included in the Enhanced Edition.

All music composed, arranged, performed and produced by Paweł Błaszczak and Adam Skorupa.

Special thanks to our families and everyone who made this project possible.