Tunnel of the Founders

The Tunnel of the Founders is a series of tunnels under the dwarven town of Vergen.

Roche's path: Geralt must search these tunnels in order to meet up with Zoltan and Saskia in order to get the Commander's sword; and later Geralt and Vernon use the tunnel to enter Vergen after the Blue Stripes are viciously murdered by the Kaedwenis.

Iorveth's path: Geralt accompanies Saskia through this tunnel in an attempt to make sure that no Kaedweni scouts have discovered it as a shortcut into Vergen, at which time they are met by Dethmold accompanied by a squad of soldiers coming from the other side. After dispatching the soldiers, Geralt and Saskia attempt to eliminate Dethmold but Saskia is forced to morph into Saesenthessis in order to defeat him. He manages to escape before the tunnel collapses, blocking Geralt from exploring the rest of the tunnel which would otherwise be available to him; but having completed his mission, he returns to Vergen with Saskia. 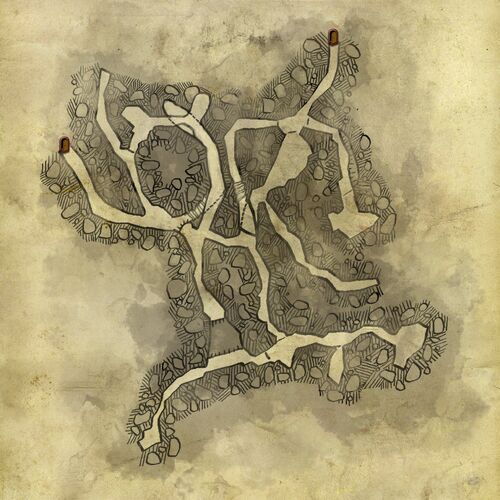