Witcher Wiki
Register
Don't have an account?
Sign In
in: Folklore, Deities, The Witcher Chapter II,
and 2 more
English 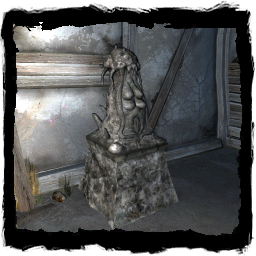 The "Water Lords" are the object of worship among the brickmakers in the Swamp outside Vizima. Led by their village eldress, Vaska, they pray daily to their idols and leave their fates to these mysterious creatures. It is highly probable that these water lords are vodyanoi, with myths of Dagon mixed in to refer to the whole race.