Your wiki has been migrated to a new Fandom domain. Learn more here.

Dear editors, visitors, and everyone else: The time has come to discuss the wiki's relationship with the Fandom Witcher wiki. For details on what Crossover is in general, see here. I'll be posting a separate topic in the community portal to discuss the topic. Hope to see you there!
Tägäżïël 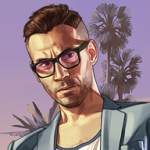