Zangvebar[1] or Zanguebar[2] (Polish: Zangwebar) is an overseas land with which the Northern Realms trade. Knowledge about the realm is not very widespread - most people consider it a mysterious land, known for having very different fauna, like white horses with black stripes (likely zebras)[3]. 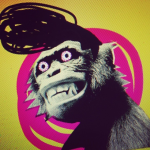